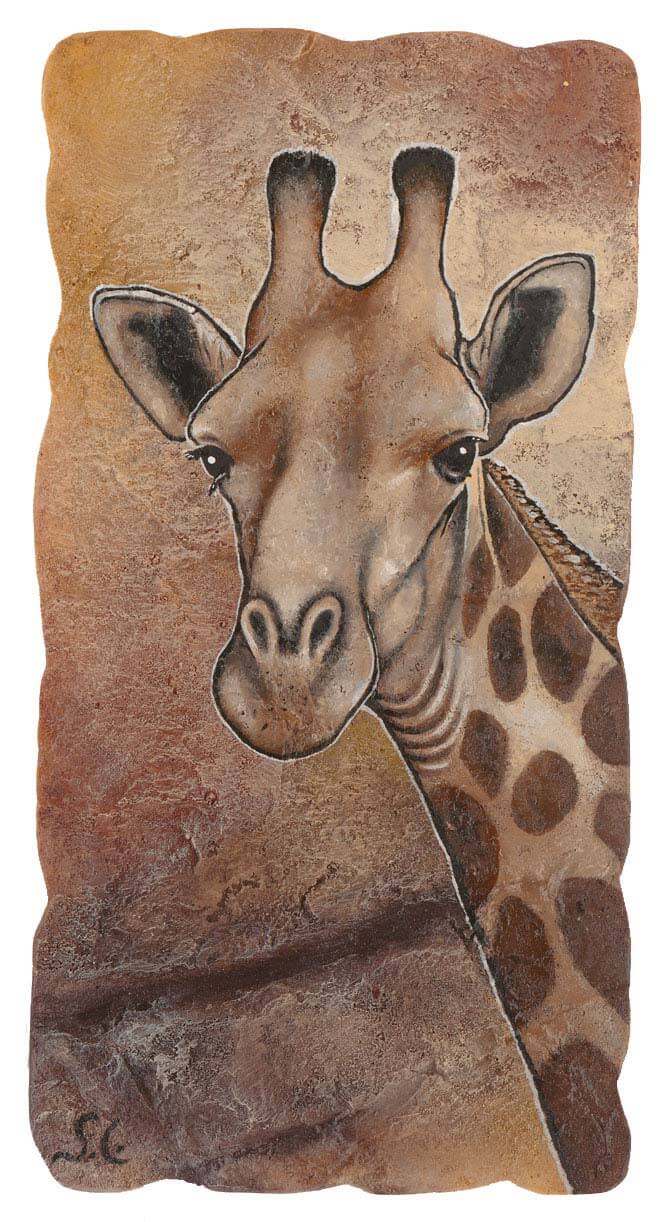 Giraffe are considered sacred by the bushmen, not only because of the supernatural potency they possess, but also because their spirits are one of the rain-animals used by shamans in rain-making rituals. In the past, certain groups of bushmen used curiosity to lure these graceful and beautiful animals to their death.

They would take a piece of flat mica rock, which is highly reflective, and sit in a tall camel-thorn tree. They would then flicker, the sunlight off of the reflective surface of the rock at giraffes walking by hundreds of meters away. Upon seeing the flickering light, the giraffes would slowly approach the glimmering object, as it was something they had never seen before.

Out of an uncontrollable curiosity and desire to discover the origin of the light, the giraffes would approach within shooting range of the tree, upon which the bushmen would shoot them in their necks with poisoned arrows.